For decades, visitors from all over the world that have drove to Disney’s Hollywood Studios have more often than not parked in their on-site parking lot. This meant that they drove under a special bridge which featured a theme portal welcoming them to the park.

The World Drive entrance did not open with the park in 1986, but it has been a staple since the early 1990’s for its iconic Pan Pacific Auditorium architecture and film strip design, offering guests previews of the attractions and shows they would be able to see during their visit to the park.

However, according to a recent advisory released by the World Disney World Resort, this iconic and famous structure will be demolished sometime in the near future. Starting from November 5th, the entrance to the Cast Member parking lot will only be accessible from Osceola Parkway to allow workmen to begin demolishing the bridge. 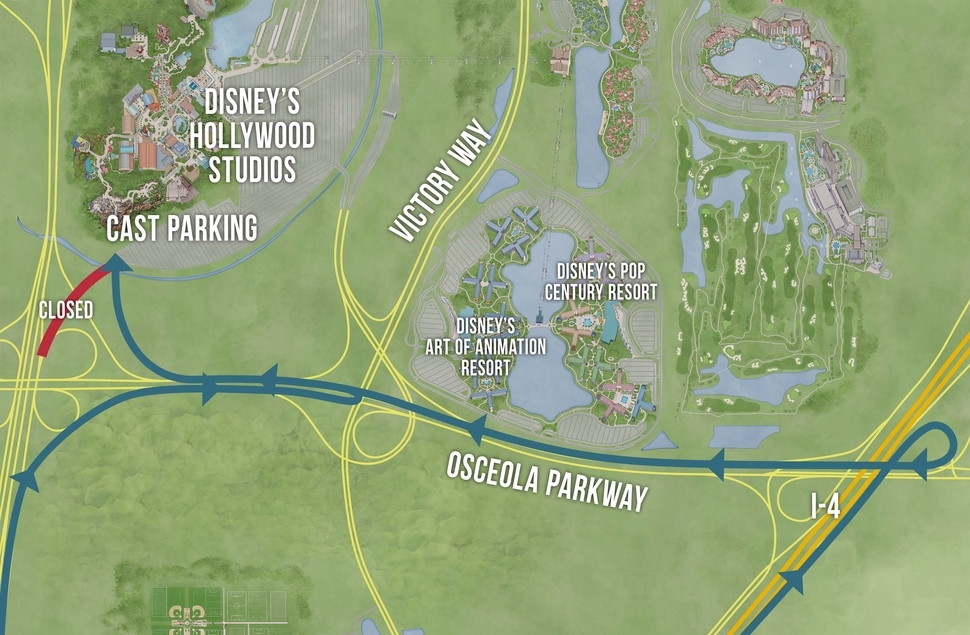