The Disney Skyliner will be one of the newest ways of transportation to get around the Walt Disney World Resort towards your destination at is opens up this coming Sunday, September 29th, 2019 at Walt Disney World. It’s currently in cast member preview testing before the grand opening for the resort. 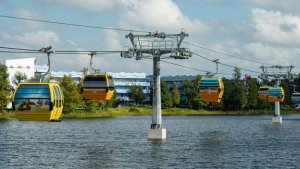 Overview of the Disney Skyliner opening up at Walt Disney World. Image: (© Disney)

The gondola system was first announced at the D23 Expo 2017 that will transport guests towards Disney World’s theme parks at Disney’s Hollywood Studios and Epcot, also the resort’s on site hotels via Disney’s Art of Animation Resort, Disney’s Pop Century Resort, Disney’s Caribbean Beach Resort and the new Disney’s Riviera Resort, a Disney Vacation Club resort that will open Dec. 16, 2019.

Reservations for Disney’s Riviera Resort are now available to book and can book your reservations by visiting the link here. 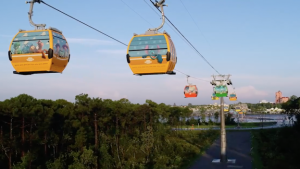 The gondolas will connect towards Disney’s Hollywood Studios and Epcot Image: (© Disney)

Each cabin can hold up towards 10 people for a total of 300 gondolas per trip towards the destination your heading towards. The gondolas will have featured Disney wrap graphics from the attractions, films and animated characters.

The Skyliner will give scenic and breathe taking views for the resorts and will give you some fun facts towards any of the on site hotels or the theme parks at Disney World.

Each of the gondolas will have stations as you can switch off or stay on board towards your destination, check it out below: 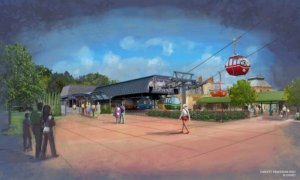 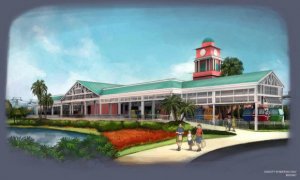 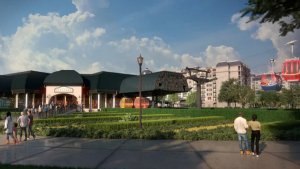 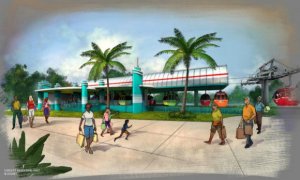 Disney’s Pop Century and Disney’s Art of Animation will both share a station. Image: (© Disney)

Here’s what the cast member costumes will look like that match the color scheme and curves of the gondolas: 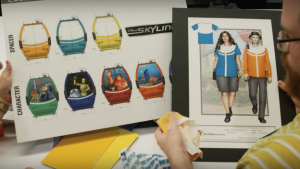 And here’s the overview map of the Disney Skyliner of where it will connect you through out the whole resort: 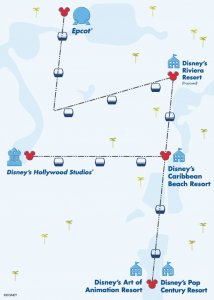 If you want a breakdown from everything you need to know about the Disney Skyliner and suggest checking out Attractions Magazine’s post for the cabins, temperature, the views and much more by visiting the link here.

This might be a next Disney fandom hit for this “Magic in the Air” new mode of transportation and will sure to provide updates after the Disney Skyliner opens up on September 29th, 2019 at the Walt Disney World.

Opening the comments towards you guys, will be taking the Disney Skyliner for a spin or still utilize the old traditional way of the buses, monorails and ferry’s? Leave it down in the comments section down below!