The annual Candlelight Ceremony is almost as old as Disneyland itself. In past years, a candlelight choir used to parade down Main Street U.S.A towards Disneyland’s Town Square for a full performance. The ceremony started when Walt Disney wanted a way to show his gratitude towards the Orange County community. Makes sense as the community was home to his first ever theme park. 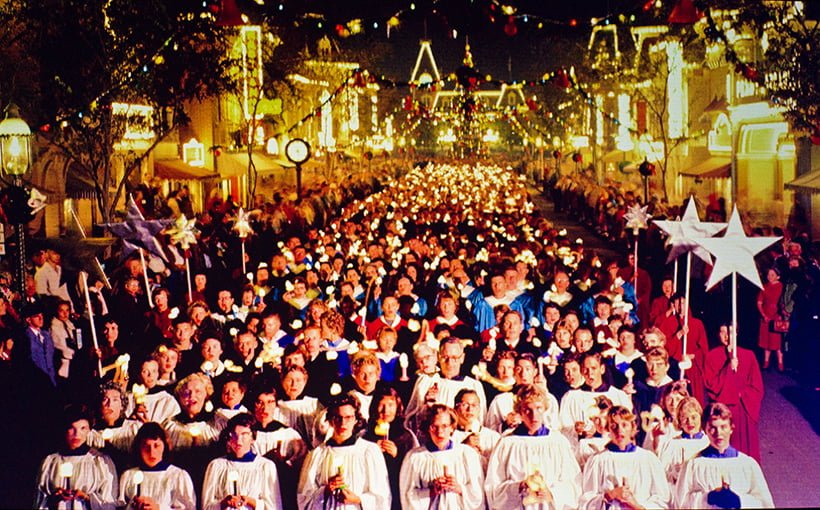 Singers at the ceremony include Disney employees, members of local community choirs, along with a celebrity narrator who is kept secret until the first show. Combined they will tell the story of the first Christmas between songs.

So, the most popular question at the moment is. “who did Disney choose to be their secret narrator this year?” Last year it was Guardians of the Galaxy star Chris Pratt and previous narrators have included Henry Fonda, James Earl Jones, John Wayne and many more!