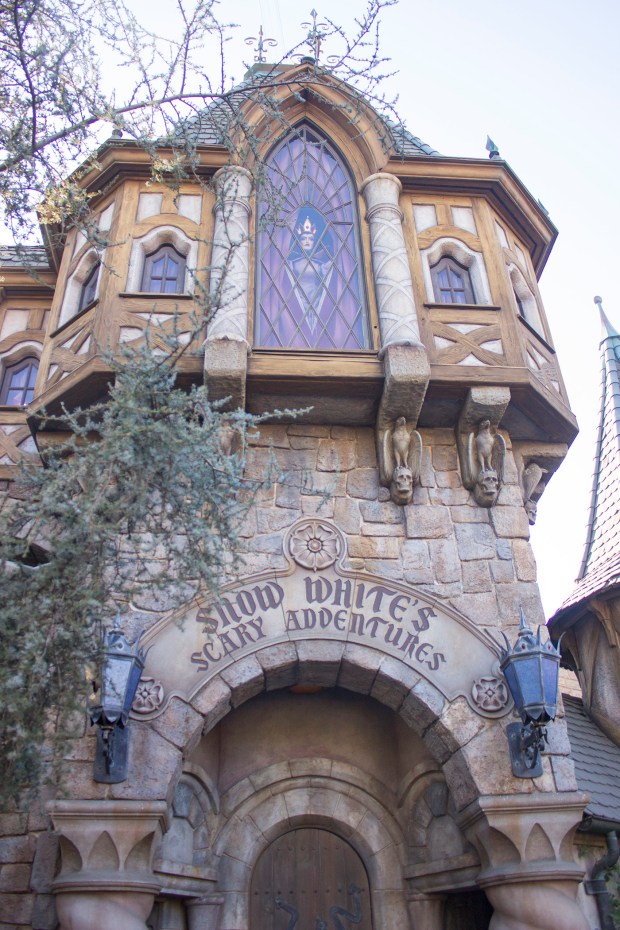 You can see the Evil Queen looking down from her chambers as guests about to enter the ride.

The idea of this refurbishment is for the Disneyland crew to remove and replace show sets, props, and scenes and install new structural beams, refurbish rock work and make some electrical upgrade. The permit also calls for new projector platforms which suggest that Snow White’s Scary Adventure could get some upgraded special effects.

This refurbishment seems very interested and very needed. Especially the upgraded special effects, that seem like a very good idea on Disneyland part to do.

Mike is a 20-year-old Computer Science major with a passion in Software Development, Video Editing and Blogging. The first time Mike ever made a blog was for the game, Club Penguin. Mike has now focused that love and energy of blogging into theme parks!