Tomorrowland at the Magic Kingdom at Walt Disney World for this week got a brand new and fresh sign installed at the section of the park. The old sign of the 90’s futurism that many Disney fans are all accustomed towards to was removed back in July of this year without any closures of the entrance. The previous sign was a gears and spokes design of a steampunk influence with a take of the future on it.

Here’s the old sign before it was removed down below: 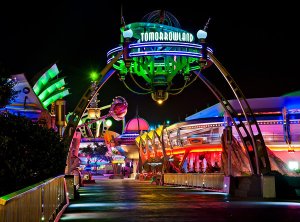 The new design still captures the retro-futurism look with a modern and simplistic architectural design that matches the recent refurbishments such as; the new Monsters Inc. Laugh Floor sign, the refurbished Tomorrowland Speedway, increased guest capacity towards Cosmic Ray’s Starlight Cafe and later down the line for “Tron: Lightcycle Run” roller coaster from Shanghai Disneyland that will be adjacent from Space Mountain.

This new sign seems to resemble the Googie architecture type of design from the Pereira & Luckman/Paul Williams Theme Building at Los Angeles International Airport that was built from 1960-1961 according to Theme Park Insider. 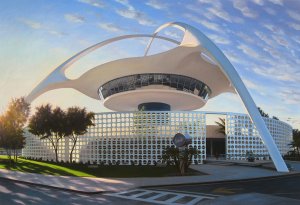 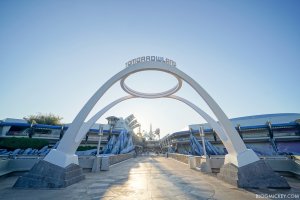 The new Tomorrowland sign during the daytime. Image (© BlogMickey)

This is a brand new addition for guests coming to Walt Disney World and welcoming them for the 50th anniversary in 2021.

What are you guys overall thoughts or opinions for the new sign? Share it down below in the comments section!