Home Disney Rise Of The Resistance Gets Another Behind Scenes Look By Disney Executives... 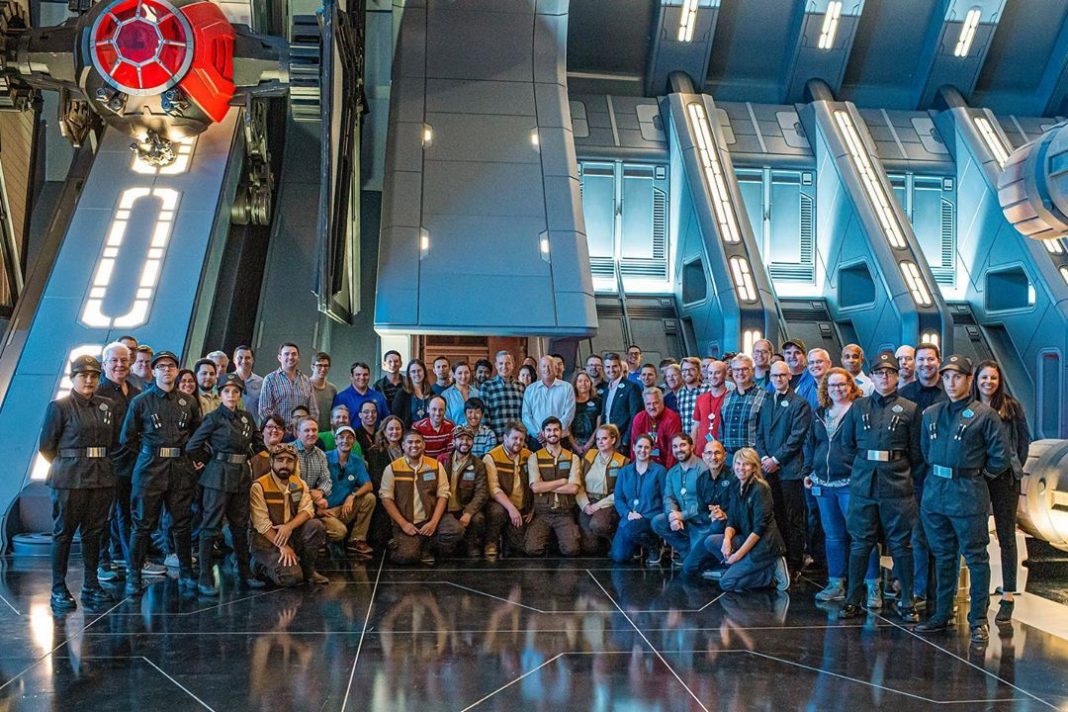 Rise of the Resistance is one of the next highly anticipated attractions that the teams at Walt Disney Imagineering and Lucasfilm Ltd. are building at both at the Disneyland Resort and Walt Disney World. Putting you right in the action between a mission for the Resistance against the First Order on a Star Destroyer.

Recently, Good Morning America shared a preview from inside of the attraction. You can check out the details by visiting the link here. Also released the other day by two Disney executives–CEO of The Walt Disney Company, Bob Iger and Future President of Walt Disney World, Josh D’Amaro, they shared more behind the scenes looks for Rise of the Resistance and the opening team for the attraction.

News recently was shared that D’Amaro will begin his new role as the president of Walt Disney World starting in November as the company for Parks & Resorts had a reshuffle of its’ leadership. You can check out the link here for full details.

Had a chance to ride Rise of the Resistance. It… is… amazing! I can’t wait for it to open! December @waltdisneyworld and January @disneyland. Thanks to all of the Cast and Imagineers for bringing it to life! #magichasaname #riseoftheresistance #maytheforcebewithyou #waltdisneyimagineering @starwars @disney

My job is truly The Ride of Lifetime. @Disneyland this morning experiencing a certain new attraction at #starwars Galaxy’s Edge. Can’t wait to share it with the world. pic.twitter.com/sQdYcjU3M7

A recap, there will be well over 50 audio-animatronic Stormtroopers, as you can see in the photo posted by CEO Bob Iger. The Stormtrooper on the end is looking towards his left. This one detail alone should begin to show you how detailed and realistic these figures will be. They won’t be static and still as some have thought. They will move! This should definitely help the illusion.

Rise of the Resistance opens up on December 5th, 2019 at Walt Disney World at Disney’s Hollywood Studios and on January 17th, 2020 at the Disneyland Resort.

Stay tuned for more information on Rise of the Resistance. For now, let us know your thoughts in the comments below.