The domestic parks here in the United States for Disneyland and Walt Disney have allowed their guests to bring their own food and have like a small picnic for those who don’t wanna buy food within the parks. Guests must follow certain rules for bringing outside food inside of the parks based off the official website for example for Disneyland’s policy is-

“Guests are allowed to bring outside food and nonalcoholic beverages into the parks for self-consumption, provided they are not in glass containers, do not require heating, reheating, processing or refrigeration and do not have pungent odors. Inform a Security Cast Member of any food items when you enter the park.” 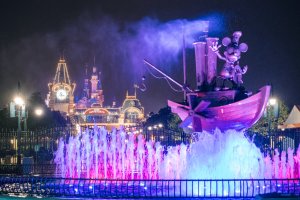 Shanghai Disneyland however, is a different situation matter when the ban “first” went in effect when a Chinese student, Wang Yan was confused of why he couldn’t bring a bag of cookies inside of the park. This sparked an outcry and went viral over Chinese social media in which Yang filed a lawsuit against Shanghai Disneyland back in March of this year. Shanghai Disneyland officials apologized for the “inconvenience caused to tourists” and will pay attention in taking feedback and suggestions.

“We value the feedback from our visitors. The updated food-carrying guidelines are implemented based on the point of safety and ensuring visitors’ satisfaction,” Shanghai Disneyland staff told AFP. 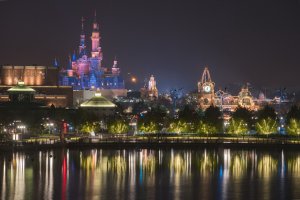 The new updated policy for “guests are allowed to bring outside food and beverage items into the park for self-consumption,” provided that they do not need to be reheated or refrigerated and “do not have pungent odours” such as durian fruit.

Whole watermelons and stinky tofu are not allowed inside of the park as well.

The new policy change is making feel guests more welcomed towards the park and a lot has changed and improved since the park’s grand opening back in June 2016. Disney and Shanghai Shendi Group as they own 57 percent while Disney owns 43 percent of the resort for the agreement of both parties.

Toy Story Land is the recent addition towards the park and soon will be the next huge expansion of Zootopia from the blockbuster animated hit film that grossed over $235 million in China in 2016. 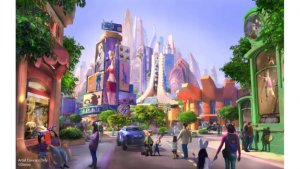 Meet Nick and Judy inside the world of Zootopia coming to Shanghai Disneyland. Image: (© Disney)

What you guys think of this change? Shanghai Disneyland finally catching up or could of been done when the park first opened up back in 2016? Leave your thoughts in the comments section down below!

The Walt Disney World Resort has announced that it has started the process for bringing back the fan favorite show, "Festival of the Lion King".