It’s no secret or surprise that Star Wars: Galaxy’s Edge has been struggling since it’s opening on May 31st, 2019 first at the Disneyland Resort. The Walt Disney Company alone spent $1 billion USD each for Disney’s Hollywood Studios at Walt Disney World and Disneyland Resort which adds up for a total of a whopping $2 billion USD. Immersing guests into an original and brand new destination on planet Batuu in the Outer Rim of the Star Wars franchise that is a designated home for smugglers, bounty hunters, and the escape from the First Order and Kylo Ren. 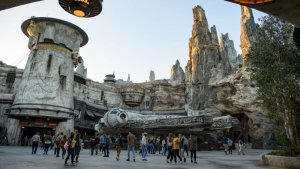 The expansion for each of the parks were increased quantity of ticket prices due towards the huge investment by the company and some have been turned off due towards one of the reasons why guests aren’t showing up towards Galaxy’s Edge.

The main candidate is because everyone is highly anticipating the largest and most advanced second E-Ticket attraction Disney is building for Star Wars: Rise of the Resistance that is opening up on December 5th, 2019 at Walt Disney World and January 17th, 2020 at the Disneyland Resort. Originally subject to be opening up with the expansion but, plans and issues prevented it’s opening.

Chairman and CEO of The Walt Disney Company, Bob Iger weighed on the subject matter from the following:

“We believe there were some delayed visitation to Galaxy’s Edge both at Disney and at Disney World,” CEO Bob Iger said during an earnings call Thursday. “…So we sense that there are people that are just waiting for the whole thing to be opened. Which is fine.”

During yesterday’s Q4 earrings call from The Walt Disney Company for an interesting result show that:

“Parks, Experiences and Products revenues for the quarter increased 8% to $6.7 billion, and segment operating income increased 17% to $1.4 billion.” 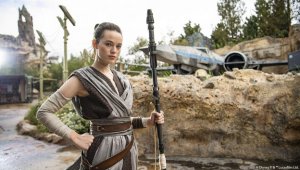 Rey from the new Star Wars trilogy films is located on the Resistance base side at Galaxy’s Edge.

Guests that attended Galaxy’s Edge spent more on food, drinks and merchandise at the parks during the quarter during the three month period that ended on September 28th, 2019.

The only attraction open up so far is the Millennium Falcon: Smuggler’s Run that has transported 5 million guests for doing missions for Hondo Ohnaka since each of the parks locations according to Iger. 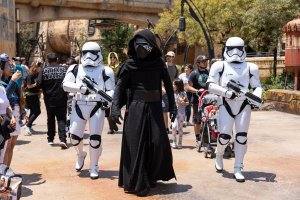 Christine McCarthy, chief financial officer at Disney, said booked rates at its domestic hotels were pacing up 5% compared to the same time next year.

For now all we have to do is wait and if Rise of the Resistance will turn things over for Galaxy’s Edge if attendance will improve to be better and what Disney has to say after the attraction opens up.

To read the full Q4 earrings call from Disney by visiting the link here to learn more.

Character Dining to Return to Chef Mickey’s on December 16

Dr. Mark Ghaly is expected to give an update on industry guidelines for theme parks later today.