Nintendo fans got some pretty exciting news this week in regarding the new and highly anticipated, Super Nintendo World at Universal Studios Japan in Osaka. The teams between the popular gaming company of Nintendo and Universal Creative Entertainment have been working on this project for a while ever since they announced their partnership in May 2015 that will be highly immersive and dedicated experiences with licensed gaming characters by Nintendo.

Back in 2015 the press release statement said about the partnerships of both companies by the following:

“The agreement brings two icons of entertainment together and represents a significant partnership for Nintendo as it expands the reach and popularity of its characters and intellectual property.”

Chairman and CEO of Universal Parks & Resorts, Tom Williams gave an update and talking about all the Universal Parks around the world and even shared a pretty exciting update for Super Nintendo World. At Comcast’s 2019 Media, Communications & Entertainment Conference in Los Angeles with Tom Williams in a interview by Bank of America Merrill Lynch’s Jessica Jean Reif Cohen and Williams did discuss the only Universal park that was not elaborate more on was Universal Beijing in China since it’s currently being built right now. 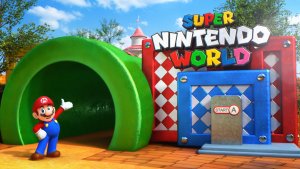 Nintendo fans can start leveling up and collect their golden coins for Super Nintendo World in 2020. Image (© Universal/© Nintendo)

Williams confirmed that Super Nintendo World will be opening up in Spring 2020 as it has been reported before in the past it will be opening up just in time for the Tokyo Summer Games 2020. Exact date is still to be announced for the real opening date. The two attractions confirmed are Mario Kart and Yoshi’s Adventures. The Yoshi attraction will an omnimover type of ride system reportedly and check out the rumor track layout by Alicia Stella from Orlando Park Stop for the Yoshi attraction by visiting the link here to learn more. 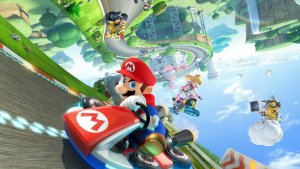 Mario Kart will be one of the attractions coming to Super Nintendo World at Universal Studios Japan. Image (© Nintendo) 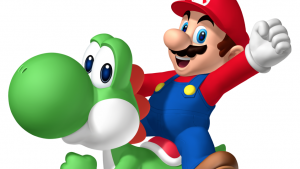 The whole expansion’s environment will be three leveled that will take guests through the screen in feeling your part of the gaming worlds of Mario, Princess Peach and Bowser’s Castle etc. Williams did however, go into one unique and innovative technology that will be part of the expansion in which he explained:

“The whole land is interactive, and you are going to have a wristband that’s got the big red Mario symbol on it,” Williams said. “By the way, the wristband is super cool. It’s all magnetic. You slap it at your wrist and it just snaps on and it won’t come off.”

It will also have shops, restaurants, and of course merchandise for fans to experience. The wristband was shared a bit more in depth that it will allows fans to keep track of score throughout interactions in the expansion and as well on the rides. The one fascinating detail of this wristband for keeping score and “back with your game console so you can build on it and come back again.” We aren’t sure what this one key detail that Williams shared at the conference and it could be like anything via your Nintendo Switch, an app on your smart phone, or totally something different we have never seen before?

Williams did acknowledge that Super Nintendo World is being planned for Orlando and Hollywood but, didn’t give a opening date of when though. Media and theme park community members are assuming Nintendo will be part of Universal Orlando’s newest park Epic Universe while Universal Studios Hollywood’s Nintendo will be built on the lower next to Transformers.

When Universal Creative builds a new theme park or expansion from the moment it becomes an idea towards reality, Williams said it takes a time frame of 5-6 years to do.

For now this a big announcement for Universal’s next biggest project aside from Epic Universe at Universal Orlando and it’s a great time to be both a gaming and theme park fan in the coming years. What do you guys want most out of Super Nintendo World or excited to see and experience? Leave it in the comments below to level up one!

Stay posted as we learn more details later on for this anticipated themed expansion to come to life!

You can check out the full interview here from the conference with Chairman and CEO Tom Williams.

The new pass allows unlimited usage for 2021 can be used by any active duty service members.