As you can tell by our videos (or perhaps not so much with our video from Orlando as we haven’t yet been granted proper filming access there) Orlando seems to be the far superior ghostbusters and let me tell you why!

You can’t have a good ghostbusters attraction without a great Slimer. Am I right?! Utilizing the same peppers ghost effect that is most famous for its’ appearance in Disney’s Haunted Mansion, Universal Studios Florida fully brought slimer to life. This cameo appearance is complete with not only this peppers ghost slimer (which has an awesome splash into the wall at the end) but also with physical slimers throughout the remainder of the maze.

It’s also worth noting that Orlando has a similar scene, just not as cool as the above scene found in Hollywood. Hollywood has a live actor performing this blast while Orlando has stationary “puppets.”

Halloween Horror Nights at Universal Studios Hollywood has become almost synonymous with the black wall transitions that plague its’ houses. Orlando does not suffer from this same fate and this leads to another reason why I feel that Orlando has the superior Ghostbusters House. One such black wall transition was used in Hollywood to portray the famous scene when the Ghostbusters yelled “GET HER!” at the librarian ghost apparition. Black Walls tend to be used to help with the transitioning of scenes. The only problem with black walls is that they are…well…black. These rooms are hard to see in and although they can create some great jump scares, they are generally far from needed and I have yet to find someone that enjoys these black scenes. Orlando has much better transitions, far less black walls and the Orlando Ghostbusters house keeps you immersed almost the entire way through from start to finish.

By this point in the article you must be wondering, “Did Hollywood do anything better?” and the answer to that question is a resounding, “yes.” Fittingly, Hollywood did the biggest thing, both literally and figuratively, the best. Stay Puft Marshmallow Man is absolutely breathtaking in Hollywood. More of its’ body can be seen and it’s truly a sight to be seen. Even Dan Akroyd had this look on his face when he first saw the Marshmallow Man! 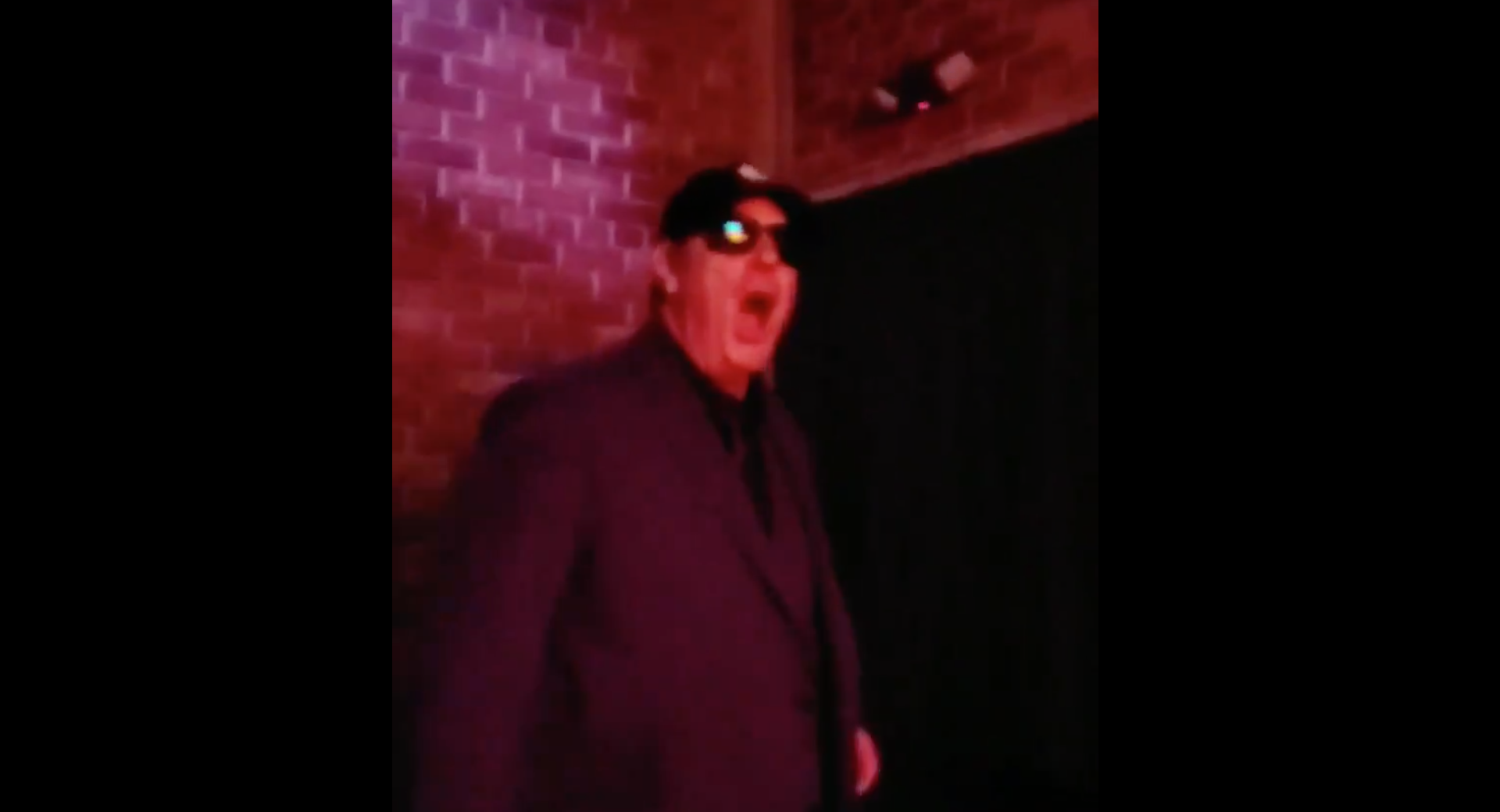 If Dan thinks it looks that good, it must look THAT good! Here is a side by side comparison from the final scene. The top is Hollywood, the bottom is Orlando. You will notice that Orlando only gave us a small piece of the face while Hollywood gave us body and even stationary ghostbusters on the bottom. Some would have liked live Ghostbusters in this scene, and I agree, but I guess that just wasn’t in the cards. 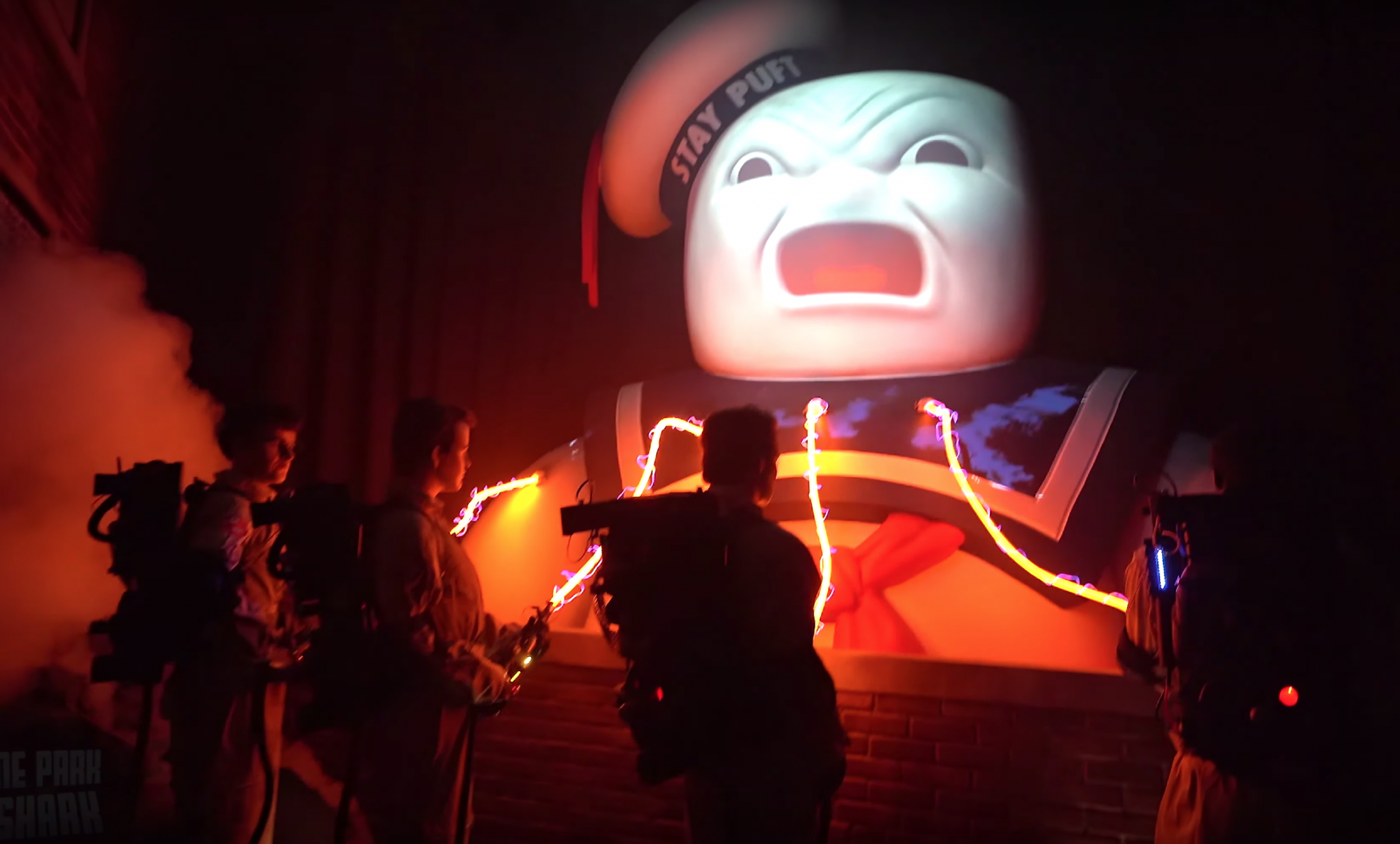 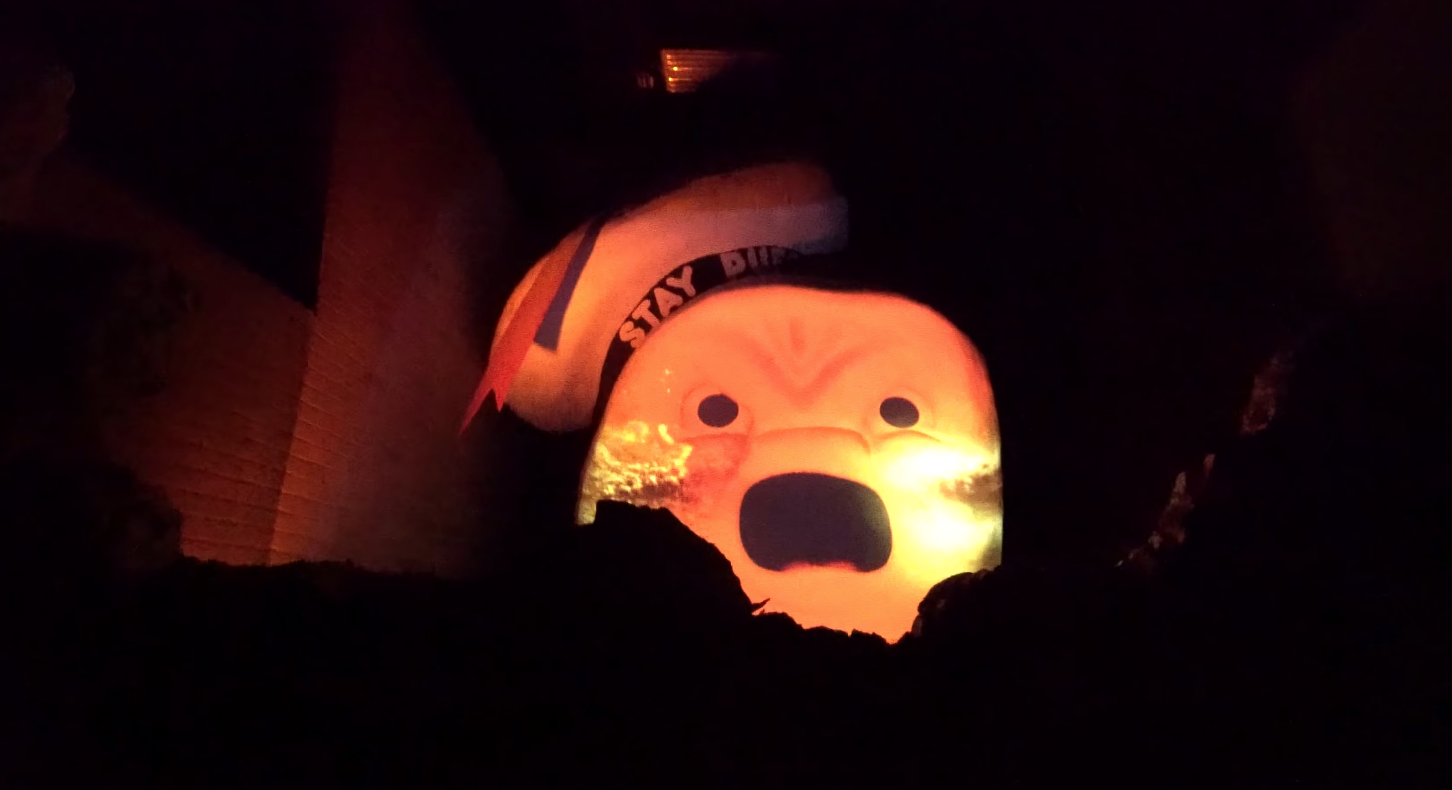 Orlando is getting 4.5 stars out of 5 and Hollywood is getting 4 stars out of 5. Both of these are amazing HHN mazes that do justice to the film franchise. One of them, however (Orlando) just sightly beats out the other for its’ better slimer, less black walls, more live actors, and overall immersive experience.

We would love for you to watch our POV’s from both of these Mazes and let us know YOUR thoughts in the comments below. Hollywood vs Orlando Ghostbusters has been a great debate so far on not only our Twitter but also our YouTube and we expect for that to continue all the way until HHN concludes.

Dustin is the owner of the Theme Park Shark! He has held an annual pass to all major SoCal Theme Parks for the last 10 years and has worked at the parks-- working the main gate at Six Flags Magic Mountain.

Dustin has been following theme parks for over 10 years and specializes in news and updates from Universal Studios Hollywood. Dustin's favorite rides are Harry Potter and the Escape from Gringotts at Universal Studios Florida and The Amazing Adventures of Spider-Man at Island's of Adventure.

An Ariel photograph shows progress being made ready for the park's reopening on July 15.