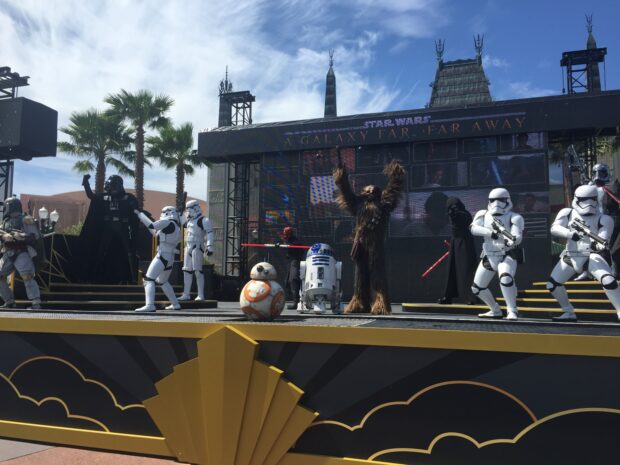 The show at Disney’s Hollywood Studios “Star Wars: A Galaxy Far, Far Away’” will be ending soon, as confirmed by Disney.

The show featured classic moments from the Skywalker Saga and are brought to life with the characters you know such as Chewbacca, Darth Vader, Rey and more.

There is no date set for the show closing, currently. However, rumors state, that the show will end one week before the scheduled opening for Mickey & Minnie’s Runaway Railway on March 4.

We update the story with more information as we receive it.